Would you believe that Alain Moussi has been training jiu-jitsu and mixed martial arts since the age of ten? Several celebrities, including Hollywood actor Alain Moussi, train in BJJ grappling. This beautiful combat sport is becoming increasingly popular among people as they become aware of the numerous benefits.

In response, the sport of Brazilian Jiu-Jitsu, also known as Jiu-Jitsu, has gained popularity. Soft art has proven to be more effective than severe in challenging combat sports such as mixed martial arts (MMA).

A growing number of celebrities are now being recognized, appreciated, and respected for their training in Brazilian jiu-jitsu. Their belts, whether white or black, are sure to catch some admiring glances.

Aside from that, Brazilian jiu-jitsu offers other advantages that will enhance their quality of life.

In this article, you will learn about Alain Moussi’s jiu-jitsu training journey, his BJJ belt rank, and other exciting details, which have been updated with new information. So keep an eye out for more information! Alain Moussi, a Lebanese-Canadian actor and stuntman, is a well-known figure in the entertainment industry. He appeared in many action and martial arts films on the big screen in Hollywood.

Furthermore, he’s is well-versed in a variety of martial arts disciplines. He has been training Kickboxing, Jujitsu, Brazilian jiu-jitsu, Krav Maga, Karate, Judo, and Goshindo.

He has a lot of other fantastic martial arts flicks to his credit, including Kurt Sloane, the film’s main character, in addition to Kickboxer: Vengeance, etc.

Alain Moussi is unquestionably following in the footsteps of these legendary figures.

The film Jiu-Jitsu is about a confrontation between an extraterrestrial and many martial arts practitioners. Every six years, the extraterrestrial visits earth to compete against the greatest in jujitsu, a combat method he introduced to our planet many years ago.

Moussi portrays Jake, a warrior who has lost his memories and is a fascinating individual. His journey is a journey of self-discovery and fear-overcoming. He’ll start gradually and work his way up.

But, by the conclusion of the story, he’s turned into a coward and is terrified of the adventure he’s been tasked with. As a result, he conquers his worries and defeats the alien. Moussi began his martial arts training in the art of jujutsu under Canadian martial artist, great John Therien at the age of ten.

Jujutsu (also known as Jujitsu-Ryu) is a sort of martial art and combat technique. It was developed to oppose the samurai of feudal Japan in the early 20th century.

Later, when the Ultimate Fighting Championship (UFC) debuted, he fell in love with the combative part of the sport and began training in Brazilian jiu-jitsu. Just like many other celebrities who were drawn to mixed martial arts.

As a result, Alain began training in Brazilian jiu-jitsu under the guidance of Carlos Machado at the age of 18 years old.

Known as renowned Brazilian jiu-jitsu (BJJ) coach, Carlos Machado is well-known for training a huge number of top-level BJJ combatants and celebrities in the sport. 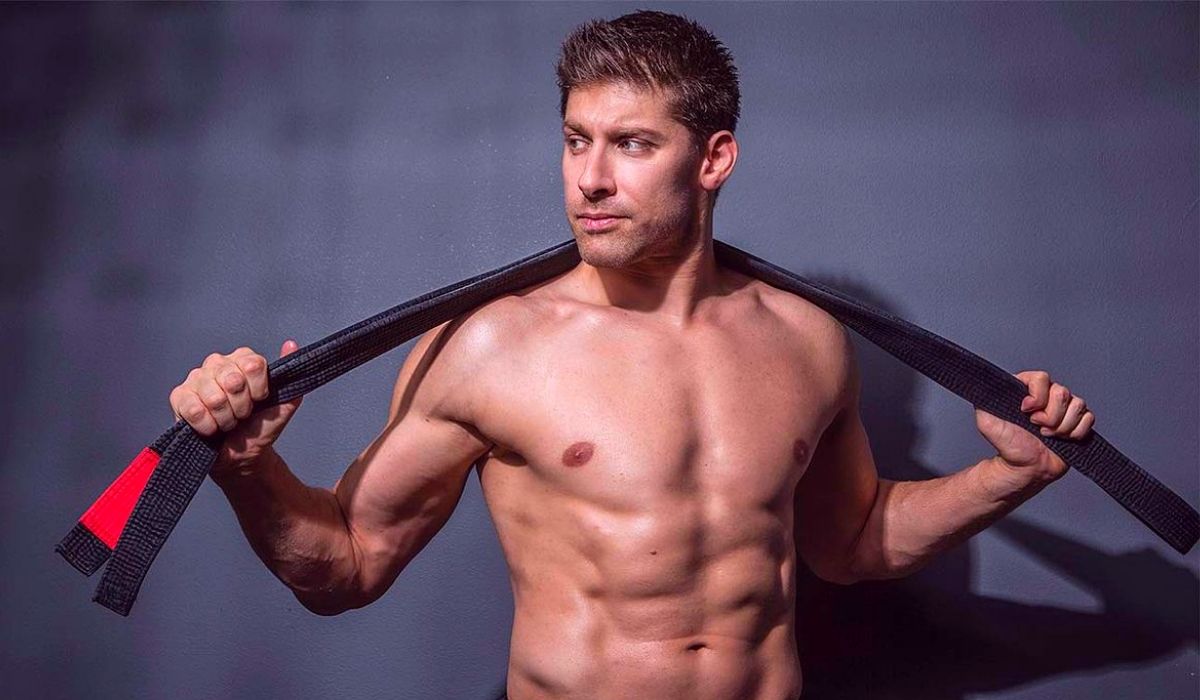 Alain Moussi is a BJJ black belt under Carlos Machado. This Brazilian jiu-jitsu rank necessitates years of attention to training to achieve. It can take up to ten years to achieve the rank of black belt.

In addition, he has earned the rank of Black Belt in various martial arts disciplines, including Japanese Jujitsu and Karate, among others.

Similar to many other Hollywood celebrities, Alain Moussi does train in Brazilian Jiu-Jitsu and other martial arts. And, he is a BJJ black belt under Carlos Machado.

In recent years, Brazilian Jiu-Jitsu (BJJ) has increased in popularity. It is a way of life, and more and more people are becoming interested in this magnificent martial art because of its numerous benefits.

The Brazilian jiu-jitsu, on the other hand, has demonstrated its effectiveness in complex combat sports events such as the UFC and the MMA tournaments.

I hope you have enjoyed reading this story of Alain Moussi’s martial arts training. Alain Moussi is one of the most well-known Jiu-Jitsu superstars.