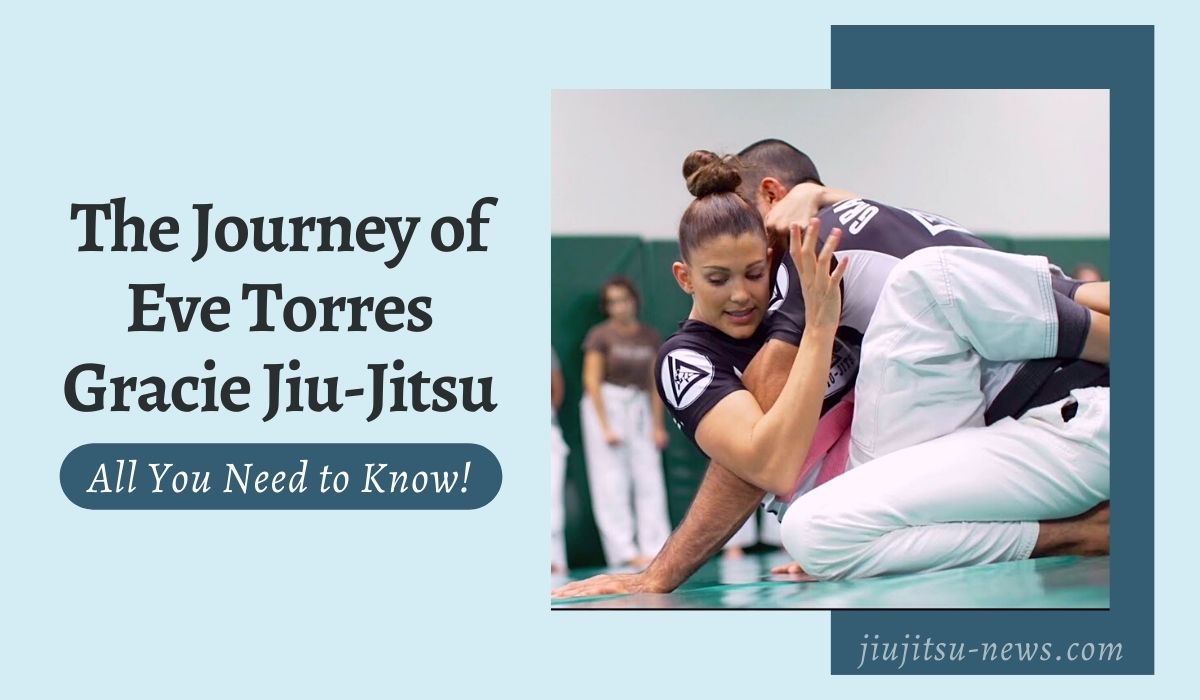 Eve Torres is a world-renowned jiu-jitsu practitioner, and the head instructor of the Gracie University Headquarters’ Women Empowered self-defense program. Eve’s knowledge and experience make her an invaluable resource for women who want to learn or improve their jiu-jitsu and martial arts skills.

Who Is Eve Torres Gracie?

Eve Torres Gracie BJJ is a former professional wrestler, actress, and model. She is best known for her time in WWE, where she was a three-time Divas Champion.

Born in Los Angeles, California, Torres began her professional wrestling career with WWE in 2007. After two years of training, she made her debut on SmackDown.

Torres began acting in 2010, and her film Queens of the Ring was released in 2013. She appeared in The Scorpion King 4: Quest for Power, Skiptrace, and numerous other television shows in the following years.

Since leaving WWE, Torres Gracie has continued to work as an actress and model. In 2016, she married fellow Gracie Jiu-Jitsu Black belt, Rener Gracie.

Nowadays, Eve Torres Gracie is a world-renowned jiu-jitsu practitioner and instructor. She is the head instructor of the Women Empowered self-defense program at Gracie University, which teach females the art of jiu-jitsu martial art for self-defense.

Eve’s experience and expertise make her an invaluable resource for women looking to learn or improve their jiu-jitsu.

Eve Torres is a Gracie Jiu-Jitsu instructor and former WWE Diva. She is also the co-founder and head instructor of the Women Empowered program at Gracie University, a women’s comprehensive martial arts instructional program.

The Women Empowered program is designed to help females of all ages learn self-defense and build confidence. It covers all aspects of Gracie Jiu-Jitsu, from basic techniques to advanced submissions. The program is taught by Eve Torres and other certified instructors and experts in Gracie Jiu-Jitsu.

Eve Torres Gracie is a passionate Brazilian Jiu-Jitsu practitioner and a wonderful mom and businesswoman. Indeed, she is an accomplished wrestler, actress, dancer, and model.

Eve began martial arts training at a young age. She has also accomplished a great deal in professional WWE and Brazilian jiu-jitsu.

Aside from that, Eve Torres is a fierce competitor who constantly seeks ways to better her game. She continuously aims to be her best, both on and off the mats.

Eve is a beautiful woman who emphasizes discipline and self-improvement. Otherwise, she is an inspiration to everyone who has the opportunity to train with her.

Eve is a dedicated mother and wife in addition to the success of her martial art. Her husband, Rener Gracie, and she share amazing things at the Gracie Academy, one of the world’s most prestigious Jiu-Jitsu schools.

In addition, Eve travels the world, giving seminars and teaching the Gracie Jiu-Jitsu to women and children of all ages.

Eve Torres Gracie is a world-renowned jiu-jitsu practitioner and the head instructor of the Women Empowered self-defense program at the Gracie University Headquarters.

Eve’s expertise and experience make her a valuable resource for women looking to learn or enhance their jiu-jitsu and martial arts skills. Why Is Eve Torres Such an Accomplished Martial Artist?

There are many reasons why Eve Torres is one of the most successful martial artists globally. First and foremost, she has been training in martial arts for her entire life. This gives her a deep understanding of the art form and allows her to share her knowledge with others effectively.

Second, Eve is exceptionally dedicated to grappling practice since she spends countless hours training and studying different techniques. This allows her to improve as a fighter and pass on her constantly.

What Makes Jiu-Jitsu Such an Effective Martial Art for Women?

First and foremost, jiu-jitsu is based on principles of leverage and balance, making it far more effective in self-defense than traditional striking arts. Indeed, it also teaches students how to control and subdue opponents without causing severe injury, among other BJJ benefits.